As teased by the release of singles these past few months, a new album 'Fractal Zoom' will be released may 27th. 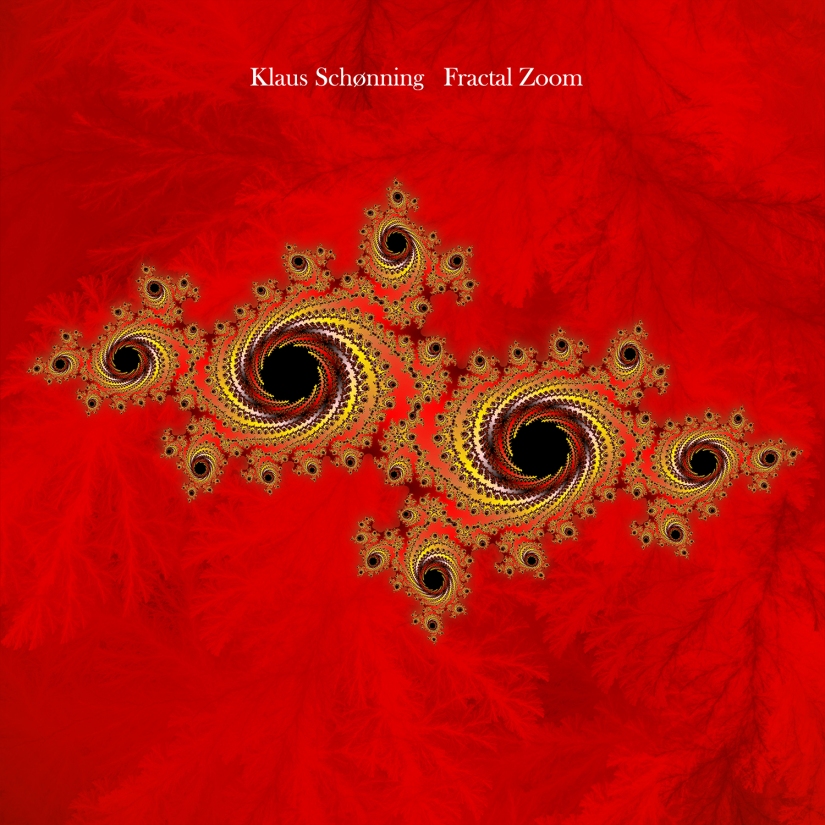 'Fractal Zoom' explores the link between art and mathematics.
If you preorder the album on Bandcamp, you'll get the three singles 'Game of Life', 'Fibonacci' and 'The Butterfly Effect' immediately. 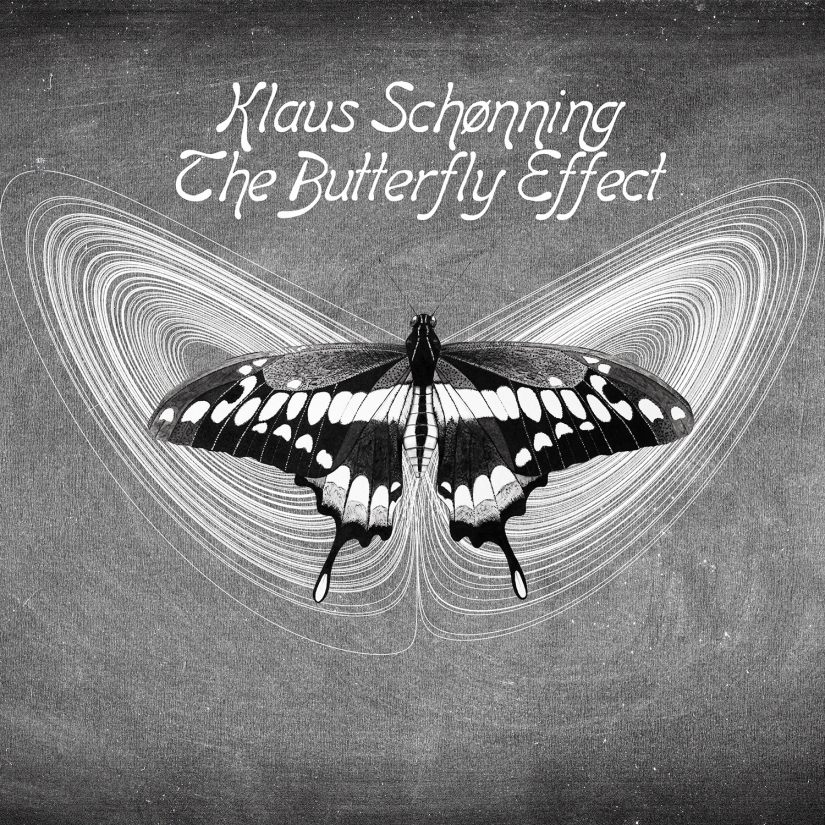 “The Butterfly Effect” is the title of my third single, released as a precursor to my upcoming album Fractal Zoom, released on May 22, 2022. Like the other tracks from the album, the music is inspired by mathematical theories, each with its own special properties. "The Butterfly Effect" is a so-called chaos theory, and by chaos is meant in the world of mathematics - unpredictability. Edward Lorenz worked with models of wind systems, and pointed out that despite a lot of data and calculations, one could not predict a particular result. The mathematical systems were changed beyond recognition by just a few changes in the initial state.
I see this as a metaphor for the fact,  that much in life is like the wind blowing - it can end completely unpredictably in a few coincidences, where small variations accumulate a development can end far from what was planned.
I feel that is thoughtful and inspiring, - and I have translated that feeling with a calm, evocative piece of music, where you take a step back and look at the coincidences of life from a distance. Sometimes we have to acknowledge that we can observe more than influence.
Mar 18 2022 9:57 AM
New single: Fibonacci 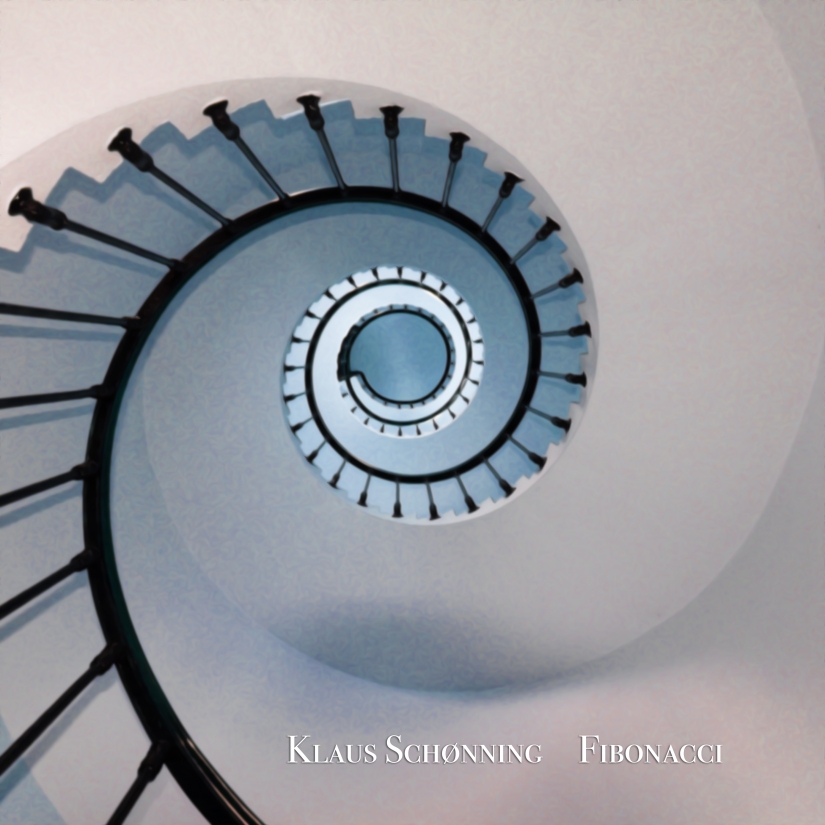 "Fibonacci" is the title of my second single release from my upcoming album "Fractal Zoom" which will be released in May 2022.
Fibonacci is the name of an Italian mathematician who already in the 13th century pointed out a mathematical serial pattern, which among other things appears in science and thus forming a bridge between numbers and formulas and original naturally occurring phenomena. In art and architecture, Fibonacci's numerical patterns and spiral shapes are also seen used more or less consciously. Music is also built on a serial basis, and I find that Fibonacci's universal thoughts are extremely inspiring to use as a platform for free ideas and new musical expressions that can be brought to life through synthesizers and new digital sound sources. This is the background for the music - both on my entire upcoming album and on the single named after Fibonacci.
Feb 18 2022 9:49 AM
New single: Game of Life 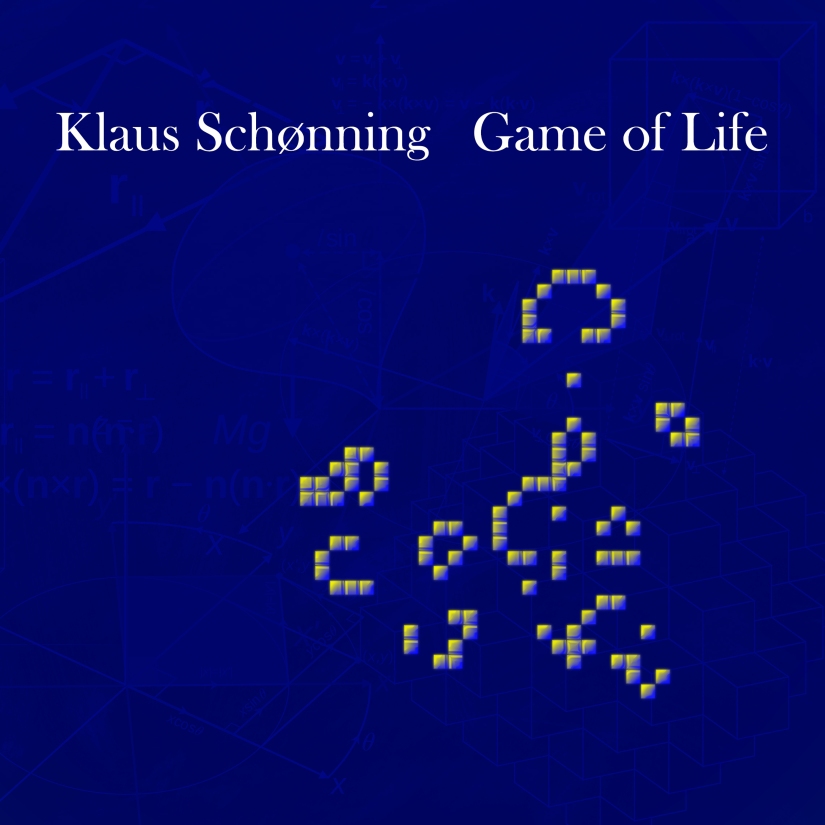 ‘Game of Life' is a relaxing and inspiring new melody, symphonically built and inspired by technology combined with visualization of a mathematical world.
Listen and imagine how computertechnology can visualize a mathematical world and order through a musical expression.
Game of life is a “zero-player” game concieved by mathematician John Horton Conway (1970). The outcome of the ‘game’ is determined by its initial state, which then plays out by itself. The game is governed by a set of simple rules, which cells added on a grid must obey. One interacts with the Game of Life by creating an initial configuration and observing how it evolves. What makes Game of Life interesting is how even minor changes to the initial stage can change the outcome significally and accordingly rendering chaotic behavior.
Game of Life is an excellent example of the very special musical talents of Klaus Schønning – combining and visualizing a theme in a beautifully composed and played melody.
Feb 05 2022 11:47 AM
The 'Lydglimt Slideshow' from the late 70ies

In the summer of 2020 Klaus Schønning revealed in an interview, that his debut album 'Lydglimt' was only one half of the story. The other half being a series of slides that were to complement the music when it was performed live. The music was the result of Klaus' very first experiments with recordings with multi-track technique, while his photos were an attempt to create an audio/visual experience with the few technical means he had. Ever since that revelation, there has been a steady flow of requests to see those photos. Last summer Klaus searched through the archives, and found the old dusty cardboard boxes containing the photos, that no one had seen for more than 40 years. All the slides have been scanned and brought to life together with a new, shortened mix of the original 'Lydglimt' from 1979 for everyone to enjoy on YouTube.
The 'Lydglimt Slideshow' is both available as one 29 minutes long film and as individual tracks.