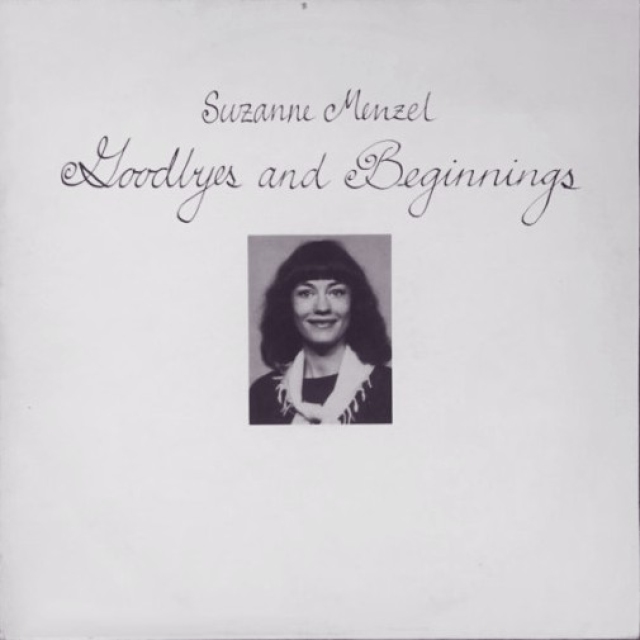 In 1981, Suzanne Menzel sends a letter to Klaus Schønning after hearing one of his compositions on the radio. It's quite a long shot but, for Suzanne, Klaus is a kindred spirit. Not only is she drawn to his musicality, Klaus has accomplished something Suzanne has only dreamed of -  he's successfully self-released an album with full creative control.

Throughout the 70's, Suzanne had performed with different bands and sang in choirs, sometimes in church. Yet, she continuously felt musically unfulfilled. Though she wasn't sure exactly how, it became that clear that in order to accomplish her dream, she'd have to find a way to produce her own music.

Having just completed his second synthesizer-based album, Klaus is intrigued when he receives Suzanne's handwritten letter. While he welcomes the creative challenge of working with a vocalist, he is a bit worried that his influence might dominate Suzannes delicate expression.

For six months after their first meeting, Suzanne's songs are arranged and recorded in Klaus's living room in Amager, a part of Copenhagen. Klaus not only brings the necessary experience to self-release the music, he proves to be an essential musical factor in the project. He is the catalyst that unleashes Suzanne's creative courage. Their collaboration is rooted in the duality of their perspectives and this healthy tension can be heard throughout the album.

Goodbyes and Beginnings is put out by Suzanne at the end of 1981 with Klaus as the producer. It is distributed through the independent and musician-owned company SAM Distribution.

Suzanne's heartfelt lyrics, are at times naive and romantic. Her sound is clean and the listener gets associations to medieval songs and choral music. There is a hint of somber foreshadowing in the songs - lyrics about pollution, overspending and materialism. Suzanne's lyrics are permeated by an ephemeral view of nature and one almost feels a sense of alienation from urbanism.

Suzanne and Klaus perhaps seem like they're disconnected in their musical starting points. Suzanne is more at home in an acoustic, melancholic and dream-like genre. Whereas, Klaus's music thrives in an electronic and modernist approach. Klaus is keen to use electronic instruments in a dynamic and expressive way.

There is true innovation in Suzanne's lyrics being supported by drum machines and synth bass. It serves as a reminder that change and evolution are a constant condition. This contrast is a red thread through the whole album. You can hear Klaus' playful approach to technology and a real enthusiasm for the modern. It is in this intersection between Klaus's futuristic orientation and Suzanne's yearning expression, that Goodbyes and Beginnings emerges as a fascinating and unique album.

Goodbyes and Beginnings is Suzanne's only album. That Suzanne's record doesn't become a commercial success will probably only surprise a few. While it no doubt breaks boundaries of contemporary sound, it is also hard to categorize.

A couple years later, Suzanne is featured on Klaus' "Locrian Arabesque" album which becomes her last recording session. Through the rest of the 80's and 90's, her artistry takes on different expressions such as painting and acting.